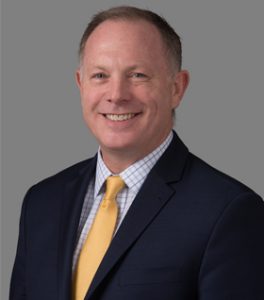 According to a release, Beck and the board of directors decided to part ways “by mutual agreement.” Kirk S. Hachigian, who chairs the company’s board and preceded Beck as president and CEO, will take over as CEO while a search for a new leader begins.

“We appreciate Mark’s contributions to the company during his tenure,” said Hachigian. “Jeld-Wen remains committed to delivering long-term value to our shareholders through solid execution on all aspects of our operating model, including operational excellence, profitable organic growth and strategic M&A. Our strong and experienced executive management team will work closely with me to make this leadership transition seamless for our customers, shareholders and employees.”

Also this month, a federal court ruled that Jeld-Wen was overcharging Texas-based door manufacturer Steves & Sons for molded door skins and awarded Steves $58.6 million in an antitrust lawsuit. Jeld-Wen said it will appeal the verdict.

Beck, who joined Jeld-Wen in November 2015, oversaw the company’s decision to go public. The company launched its initial public offering (IPO) in January 2017 on the New York Stock Exchange. He also led Jeld-Wen through several acquisitions. Since 2015, the company has purchased nine other firms, mostly in Australia and Europe.

He also led the company’s move from Oregon to Charlotte, N.C., in 2016, where it just opened a new 120,000-square-foot corporate headquarters campus and training center.

A few weeks before Tuesday’s announcement, Beck joined the board of directors of the IDEX Corp., which specializes in highly engineered fluidics systems and components, as well as fire and safety products.

“We are thrilled to welcome Mark to our board of directors,” said IDEX chair and CEO Andrew Silvernail in a January 2, 2018 release. “His experience as a chief executive officer of a public company with significant international operations and his track record of innovation and successfully integrating acquired businesses will be a tremendous asset to IDEX.”

“ABS, together with our recent acquisition of MMI Door, will expand our ability to offer these services to our customers with a broad geographic coverage area across the U.S.,” he said. “With ABS’s capabilities in quick-ship customizable configurations, hardware options and specialized component offerings, we will improve our service offerings and lead times for our channel partners. We look forward to welcoming the entire ABS team to the Jeld-Wen family.”

ABS manufactures under the  Millennium Door and Doormerica Products brands. It has locations in California, Nevada, Arizona, Washington, Georgia, Colorado, Texas and Hawaii.

Jeld-Wen said in a statement that it “has a long and valued partnership with ABS as a supplier of door and window products.” The company expects the acquisition to add approximately $275 million in annual revenue.

Jeld-Wen expects the transaction to close late in the first quarter of 2018. Terms of the deal were not disclosed.

The acquisition of A&L will expand Jeld-Wen’s significant footprint in Australia, where it has acquired five other companies since 2015.

“A&L’s excellent position in the first-time home buyer market expands the reach of our current product range and customer base,” said Linker. “The addition of A&L’s brand name expands our portfolio of leading Australian brands and supports our strategy to build leadership positions in attractive markets. We expect to deliver synergies through operational savings from the implementation of JEM and by leveraging the benefits of our combined supply chain. We are pleased to welcome the entire A&L team to the JELD-WEN family.”

A&L was privately held by its founders. Terms of the deal were not disclosed. Jeld-Wen expects the acquisition to add approximately AU$130 million ($101.3 million U.S.) in annual revenue.