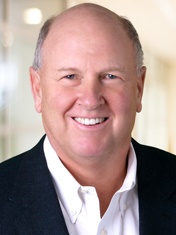 Jay Lund, current CEO of Andersen Corp., is set to retire at the end of this year.

Andersen Corp. has announced that Jay Lund will retire from his chief executive role at the window and door manufacturer at the end of this year. He will maintain his position as chairman of the Andersen Corporation board of directors.

Lund will retire after 37 years with Andersen, including nearly a dozen years as the company’s CEO. He joined Andersen in 1985 and developed deep expertise in the company through a variety of roles before being named CEO in 2011. He was named chairman of the board of directors in 2013.

During his tenure as CEO, Lund has led the privately-held company through what a company press release calls “unprecedented growth,” nearly tripling annual revenue through geographic and market segment expansion of Andersen’s traditional business and growth of Renewal by Andersen, the company’s full-service window and door replacement division.

Under Lund’s leadership, the company also completed several strategic acquisitions aimed at expanding the product portfolio, growing the Renewal by Andersen retail business and vertically integrating key technologies. The company also exited the vinyl hollow core segment of the market through a significant divestiture that helped sharpen the company’s focus on its premium window and door product offerings. 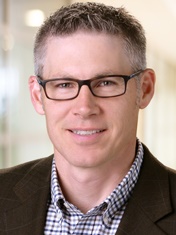 As a champion for diversity, equity and inclusion, the press release goes on to say, Lund has transformed the culture of Andersen while building on the company’s longstanding philosophy of working “all together” to the benefit of customers, employees, shareholders and communities.

Lund’s contributions extend to his deep commitment to community service. He has served on the Andersen Corporate Foundation Board of Directors for 17 years, as well as several corporate, civic and philanthropic boards and capital campaigns, including the Board of Regents of St. Olaf College, where he currently serves as board chair.

“Jay has led Andersen through a transformative period in the company’s history, delivering impressive business performance while passionately embracing diversity, equity and inclusion inside and outside Andersen, positioning the company for continued growth in the future,” said Donald Allan, Jr., lead independent director, Andersen Corp., board of directors. “Jay has led with integrity, intelligence and heart, and he will leave a lasting impression on the company, employees, customers, community and shareholders.”

“Chris is an inspiring leader, with deep knowledge of the business and industry. He is widely respected by the Andersen team for his character, intellect, kindness and work ethic,” said Lund. “He has excelled throughout his career at Andersen and ably led our company through a global pandemic that tested our business in many ways. Chris has the full confidence of our board of directors as the company’s next chief executive officer. He will be an exceptional steward of Andersen’s long-standing values and industry leadership.”

Galvin currently serves on the Andersen Corporate Foundation board of directors as well as the boards of the Saint Paul & Minnesota Foundation and First State Bank and Trust.

“I am honored to build on the legacy of Jay and the leaders that came before him. With deep appreciation for the foundation upon which our company has flourished for over a century, I am committed to furthering our mission to ensure our customers are delighted by their experiences, our employees are inspired by the possibilities in front of us, and our industry and communities are stronger because our innovative spirit and commitment to giving back makes a meaningful difference,” said Galvin.