Glass has been a central focus in the lives of Donna and Jack Braden for 46 years. That makes it tough for the couple to step away from the business, which they have done. The outgoing owners of the Allentown, Pa., glass shop announced on Jan. 3, 2023, that they’ve sold the business to Donna’s niece, Rachel Bednar, and her husband, Mike. 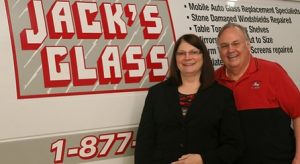 Donna says the move did not come soon enough for Jack, who wanted to retire ten years ago. Her departure from full-time glass work is bittersweet.

“I’ll miss it all,” says Donna. “My employees are like my second family—my guys, as I like to call them. I’ll also miss my customers. My customers are great.”

Despite their retirement, Donna has no immediate plans to leave the glass industry. She intends to remain with Jack’s Glass to help with the transition. There’s a lot of glass industry knowledge to impart from them, she says. It would be a disservice not to leave all they know to the new owners.

“There is light at the end of the tunnel, however,” says Donna. “I will eventually be able to march out the door. It’s nice going out little by little because you don’t give it all up in one fell swoop.” 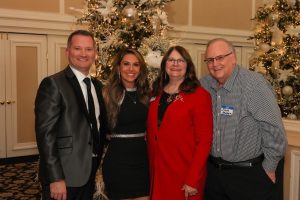 Donna says that while her niece and husband are new to the glass industry, they boast extensive business experience and are technologically savvy.

“I’m so excited for them,” says Donna. “Both of them have high energy. I just know that they will grow the business and keep it going. They’ll make me proud.”

Jack’s Glass was founded June 9, 1976, focusing on auto and flat glass. The company remained heavily involved in the auto glass sector until a few years ago, before Safelite sunk its teeth into the industry, says Donna. As a result, the company branched out to shower doors and residential and commercial glass about eight years ago.

The company’s adaptability allowed it to weather economic storms and foster new talent with various skill sets. Some of that talent has been with the company for around 35 years, says Donna. The company currently has 10 employees and one location.

Jack’s Glass has won several awards over the years, including an “Excellence in Business” Award from the Lehigh Valley Chamber of Commerce in 2009, an “Award of Merit” for its contribution to highway safety from the city of Allentown and numerous Readers’ Choice Awards.

The Bradens’ love of glass is evident. They have dipped their toes into nearly every facet of the industry, including stained glass, tempered glass, auto glass, windows and shower doors, among others.

“That’s what I love about glass,” says Donna. “You can keep morphing it into what the customer needs.”

With one foot out the door, Donna has an eye toward the next phase of her life. She says that family remains a priority, but she might start another business with one of her children.

“I’m really excited and looking forward to what our next generation brings to the business,” she says.