At the House Energy and Commerce Subcommittee on Energy’s hearing to discuss possible solutions for increasing energy efficiency in the building sector, witnesses requested that efforts be particularly focused on maintaining affordability in the process.

Among the six witnesses that testified last Friday was green-builder Arn McIntyre who represented the National Association of Home Builders (NAHB). McIntyre said due to the fact that energy-efficient building practices are more expensive, affordability is huge concern. His suggestions were to create a program that encourages a consumer-driven solution and to focus efforts on old rather than new homes. 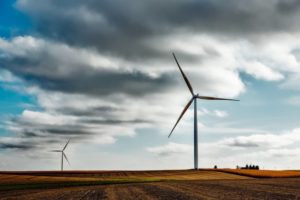 “Targeting new homes would harm housing affordability and encourage people to remain in older, less energy-efficient homes. In turn, this would result in higher energy usage, higher greenhouse gas emissions and lower standards of living,” McIntyre said. “Improving the energy efficiency of the 130 million homes built before 2010 that are much less energy-efficient than today’s new homes is a much more effective approach to reduce carbon emissions and achieve energy savings.”

Others testifying also agreed with efforts to retrofit older buildings. Carl Elefante, the 2018 American Institute of Architects (AIA) president, cited zero-net carbon renovation and retrofitting as one of the AIA’s four main components for reducing the impact of building on the environment.

Executive director of the American Council for an Energy-Efficient Economy said that regulation is needed to stop the building of energy inefficient homes entirely.

“If you’re in a hole, the first thing to do is stop digging,” Nadel said.

But McIntyre insisted that mandating regulation was not an effective solution because it “is extremely difficult, costly and impractical in most if not all of the nation.”

Instead, he suggested incentivized programs to encourage the shift to “green” home building and renovation practices.

Beardsley said educating the public about the payback that comes with adjusting to energy-efficient practices due to conserved resources will speak volumes. When asked by the committee how long it usually takes to see the payback, Beardsley answered that it depends on the products being used but that USGBC has found the time to be constantly small.

The federal government’s own green building practices have delivered tremendous savings and improvements. The General Services Administration reported that its own green building practices helped avoid more than $250 million in energy and water costs between 2008 and 2014. In Puerto Rico, following the devastation from Hurricane Maria, the Alvarez-Diaz & Villalon office – a renovated green building – was fully functional within a few days and became a temporary command center throughout recovery efforts.

This hearing is the third in a series of hearings about building a 100% clean economy particularly focused on the building sector of carbon emission. To watch the full hearing click here.