Every year, Inc. Magazine lists the 5000 companies they believe to be the most inspiring. This year’s list is no exception. Between growth rates, revenues, and workplace environments, these nine door and window companies are examples of the best America has to offer. 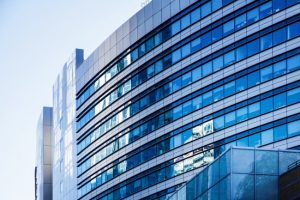 Homestar Remodeling realizes the importance of doing the job right the first time. This Delaware based contractor has seen a 4,923 percent growth rate in the last three years, with a 2017 revenue of $5.3 million. They hold the number 53 spot on the Inc. 5000 list.

Green Bay takes Inc.’s 119th spot. This contracting company has seen a 3,314 percent 3-year growth rate, and an annual revenue of $5.7 million in 2017. They pride themselves on quality customer service to the greater San Francisco area.

Number 1353 on the list is Tundraland Home Improvements. They are a Wisconsin based home improvement company with a 352 percent growth rate for the last 3 years. They show a total revenue of $37.4 million in 2017.

Another fifth year company is Western Window Systems. They take number 3212 on the list with a 3-year growth rate of 122 percent. They pride themselves on top quality glass walls and windows, with a 2017 revenue of $100.2 million to show for it.

Number 4246 is held by Associated Building Supply. Also listed by Inc. as one of Sacramento, CA’s top companies, this window and door retailer has seen an 80 percent 3-year growth rate, and a 2017 revenue of $35.3 million.

Advertised as, “The Contractors that actually call you back,” Carlson Exteriors owns spot 4501. This Bloomingdale, Ill.-based contracting company shows a 3-year growth rate of 73 percent. They round out with an annual income of $7.8 million in 2017.

Number 4859 is an Inc. 5000 veteran. This is their ninth year in a row to be featured. They specialize in home remodeling, and report at 62 percent 3-year growth. Power prides themselves on their workplace environment, and was listed as one of Inc.’s Best Workplaces in both 2017 and 2018. They list their total revenue for 2017 at $486.2 million.