The International Builders’ Show (IBS) got underway today in Orlando, Fla., with an appearance 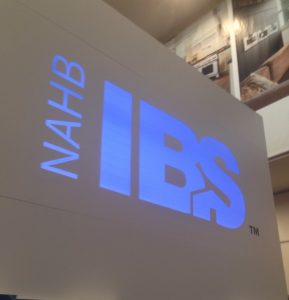 by an NFL legend and a jam-packed exhibition hall.

Former pro quarterback Peyton Manning was the keynote speaker for IBS. Manning is the NFL’s only five-time most valuable player and a 14-time Pro Bowl selection. Since retiring after winning Super Bowl 50 with the Denver Broncos in 2016, he’s evolved into a popular TV pitch man for companies such as Nike, DirecTV, Gatorade, Nationwide and Papa John’s Pizza. He talked about his experiences as a player and shared his thoughts on what it takes to be a leader on and off the field.

“It’s the power of the team that attains remarkable results,” Manning said. “Strong leaders must be keenly aware of three things: themselves, their team and their competitive landscape.”

After Manning’s address, the show got underway with more than 1,400 exhibitors filling 500,000 square feet in two massive halls at the Orange County Convention Center. Dozens of door and window companies were on hand, including Andersen, which was making its first appearance at the show in five years.

Sierra Pacific clearly wanted to make its first IBS appearance as a national brand a big one. The company made a splash with a 2,800-square-foot booth and 12 new product innovations.

Another company with a big reveal was PGT Innovations, formerly PGT Inc., which officially unveiled its new brand name at the show. PGT Innovations was born of the union of three companies — CGI, PGT Custom Windows & Doors and WinDoor. PGT acquired WinDoor in February 2016 and CGI in 2014.

The DuPont Protection Solutions booth featured some familiar products in new packaging, such as smaller rolls for its popular flashing system. It also displayed the Tyvek material calculator app for smartphones.

Offsite, IBS is showcasing two homes as part of its New American Home series: one built from the ground up and one that’s been remodeled.

This year’s New American Home is an 8,245-square-foot “pod-styled” house that incorporates the latest green building materials, products, energy efficiencies and construction methods in order to reduce its impact on the environment and provide the highest quality of life for the occupants.

The New American Remodeled Home is a 4,631-square-foot structure originally built in 1987 that features many of the typical design elements found in houses from that era. The remodeled version will showcase how an existing home can be significantly improved in design, livability and energy efficiency with modern building techniques, products and standards.

IBS Orlando continues through Thursday. Stay tuned to dwmmag.com for more coverage from the event.