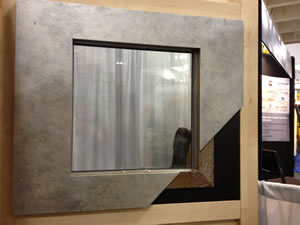 While many companies flock to national trade shows such as IBS, AIA and the like, others still believe in the power of regional events such as the Pacific Coast Builders Conference (PCBC), held last week in San Francisco. While a few exhibitors were hesitant, ultimately, they said the move paid off. A factor in its favor is the fact that IBS and AIA were held on the East Coast this year so those wanting to expand West put PCBC on their list.

“We were initially hesitant to exhibit at PCBC this year as we had heard stories of low traffic and shrinking floor space from recent years,” says Ryan Higman, vice president sales and marketing, Pacific Architectural Millwork, based in Brea, Calif. “But we felt that it was worth the investment as both AIA and IBS were on the East Coast, and we are in the process of expanding our dealer network into the Bay Area and other areas of the western U.S.

He says he is glad he took the risk.

“We were pleasantly surprised at the amount of traffic we received at our booth, and the generally upbeat attitude that we observed from the builders, architects and other vendors,” he said. “We got dozens of high quality leads, some of which should result in immediate sales, and we were successful in one of our main objectives, which was to introduce our company and products to potential customers and dealers in the region.” 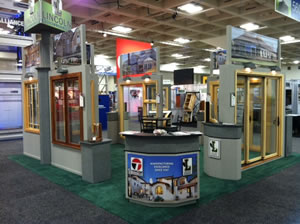 Lincoln Windows had a lot of interest in its door products and was pleased with this year’s event.

“We have dealers who came to see what we have new and saw dealers who are looking to add us to their product mix,” he said, and added that he was surprised at the number of architects at the event.

Higman said attendees were looking for new and unique products and exhibitors delivered.

His company featured its new Zero Window that was designed with zero interior wood sight lines.

At Lincoln, Metz says its doors attracted the most attention. The company featured its new slide away door and a fold away door system.

“We took a long time to consider what to bring here,” said Metz. “The market here is looking for big door openings, etc. Performance wasn’t the big issue—it was more about options and features and they asked a lot about doors.”

Lincoln has attended PCBC for the past 15 years and Metz describes it as a “large regional show,” and says many of the attendees were from California.