The Joint Center for Housing Studies of Harvard University issued the State of the Nation’s Housing report for 2019 and the results are unlikely to surprise anyone in the fenestration industry.

It’s taken the entire decade or so since the housing market burst but household growth is now hitting a more “normal” pace, closer to the growth rate prior to the housing crash. Household production, though—residential construction—remains well below “normal.” According to the report, it remains “depressed relative to demand.” People want houses but residential construction does not even come close to meeting those needs.

The ratio of median home price to median household income is a common yardstick for measuring affordability, indicating how difficult it is for would-be buyers to qualify for a mortgage and save for a downpayment … Home values more than five times incomes in roughly one in seven metro areas … In the 100 largest metros with price-to-income ratios above 5.0, the median-income household could afford just 36 percent of recently sold homes on average in 2017.

In essence, if the average home price is five times the average household income, the fewer people are able to afford purchasing a house and in 100 cities with that ratio (5:1), the average household income could only afford approximately one-third of the houses available for sale in the area. That’s not even taking on the issue of rent affordability. The standard there generally has been that no more than 30 percent of an income should go toward rent, and researchers have found that in 2017 the number of households paying more than that has been declining. It’s a good sign, for the most part, that now only 31.5 percent of renters can say they pay more than 30 percent of their income in rent. However, “public concern about a rental affordability crisis has increased in many areas … as cost burdens have moved up the income scale. Households with incomes under $15,000 continue to have the highest burden rates, with 83 percent paying more than 30 percent of income for housing.” In fact, the report states that 72 percent of households on the lower end of the income scale pay more than 50 percent of their income toward rent payments.

Ultimately, the considerable discrepancy between household growth and household production comes down to the two factors that the report indicates contribute to this dynamic: a current housing surplus and a significant labor shortage. As the authors of the report explain, is that the housing boom that preceded the bust created a surplus of available housing—a surplus that has lasted almost 10 years. The long-term average of housing unit vacancies (taking both rentals and sales into account) was 4.5 percent. Then the market dropped and vacancy rates were got up as high of 6.2 percent in 2009. Added to this is a labor shortages in the construction industry, especially in residential construction; the “traditional labor pool—younger men without college educations—is shrinking. 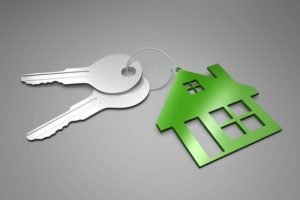 “The construction industry relies on an increasingly limited labor pool where one out of three trades workers are immigrants and 11 out of 12 do not have bachelors degrees. Today, however, growing shares of both foreign- and native-born workers are college educated and choosing other occupations,” the report states.

Another noticeable aspect of the issue, the report notes, is that in the current housing market, the majority of houses that are being built are for the “higher end of the market.” The dearth of affordable housing is the result—at least in part—of the rising costs of labor, land and materials. The situation is such that, as the report states, “construction of modest-sized single-family homes has been particularly weak,” which means that young families and those who soon will be of in what has traditionally been the “prime homebuying years” are unlikely to capitalize on those statistics.

The question now becomes, when or if the current state of residential construction is the new normal.