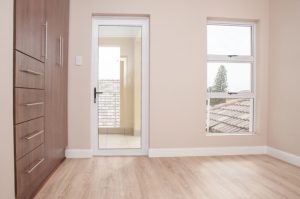 In a study released by the Freedonia Group this month, the U.S. market for door and window components is predicted to increase 3.8% annually to $17.2 billion in 2023. This study, titled Window & Door Components, is unique from other Freedonia door and window market studies in that it covers details for both components used in finished doors and windows manufactured by original equipment manufacturers (OEMs) and those that are separately sold in the aftermarket.

“We have never put together a report that covers both sides,” said the lead author for this study Carolyn Zulandt. “So this is new territory for us, but we think it’s a rather significant sector to address.”

She said that the report gets into “the nitty-gritty” details of each component material which Freedonia has never done before to this level of detail.

The major door and window component segments observed in the research include:

Zulandt said from what they found, the market is currently healthy due to increased construction and the key drivers of growth are demand for larger design in windows and patio doors specifically, energy efficiency and durable impact-resistant components.

She also remarked on how demand can be regionally impacted, for example, impact-resistant demand is higher in areas along the east coast and particularly Florida.

A recent development that Zulandt said they noticed in the research that hasn’t quite caught on yet is smart and dynamic glass. Because it is more expensive, it’s still very niche but Zulandt said it could possibly catch on in the future with the way smart technology is advancing.

Zulandt said there is more in-depth information on buying and marketing trends along with figures, charts and infographics laid out in the report.