Valentine’s Day is here, and work talk is not on the proverbial menu for many couples. The story is different for door and window industry couples, celebrating love, joint business achievements, and teamwork. 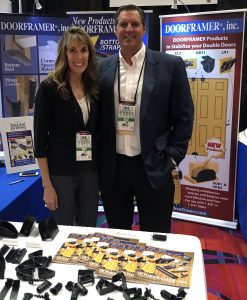 Dave Vanderpan is the president and CEO of Doorframer Inc. in El Cajon, Calif. He met his wife Anne, the vice president of sales and marketing at the company, in French class at The University of California, Davis, in 1984. They tied the knot in 1987 and have been working together for 10 years. The couple, which celebrates its 35th wedding anniversary this year, works 15 feet apart.
“When you’re juggling supply chain issues, production or sales and capacity, we can bounce things off each other in real-time,” Dave says. “[It’s] helpful for making sure we’re making the right decisions.”

John and Maggie Schmotzer work together at Metropolitan Window Company in Pittsburgh, Pa. The couple, which met at Duquesne University in 1974, celebrates their 42nd wedding anniversary this April. The duo leaves the house together at 7:30 a.m. each morning.

“We have a different customer that comes into our lives every day,” Maggie says. “The best part is we’re a wall apart. I love working with him. I come from a family of seven, and most of our people work together—husbands and wives. I always tell him we’ve got to be good; the others are being good.” 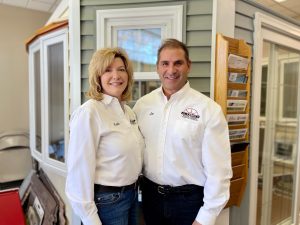 Joe and Faith Tonnotti have been together since 1992, marrying in 1995. They founded Southington, Conn.’s, J.C. Tonnotti Window Co. in 1999 and have worked side-by-side ever since. They celebrate 30 years this November.

“I’d like to think we’ve done a good job balancing our business with our family life,” Faith says. “We try not to bring business home at the end of the night. We still eat dinner together three or four nights a week as a family. Our kids are 22, 19, and 16. I think that’s a big accomplishment.”

This February marks 25 years for Michael and Domenica Haines. The couple has been working at New Beginnings Window and Door Distributor in Wappingers Falls, N.Y., since 2008. The company’s sales were an estimated $200,000 in 2008, $4.6 million in 2021 and are on track for a projected $6 million in 2022. The couple says their business union has brought them closer.

“I don’t even find it hard anymore,” Michael says. “There’s nobody else I’d rather go through life with, whether it’s business or outside of work. I get to work with my best friend, and that’s how I equate it. I don’t have a day where I wish [Domenica] was someone else.” 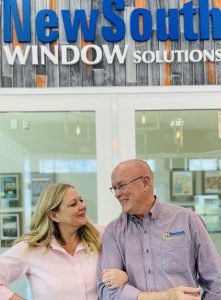 Amy and Earl Rahn are proud of what they’ve taught their daughters.

Tampa, Fla.-based NewSouth Window Solutions, a subsidiary of PGT Innovations (PGTI), had $148 million in sales in 2021. Amy and Earl Rahn are the co-presidents and founders of the company. Both share the burden of business ownership.

“My favorite part of working with Amy is to see the two of us build and grow together,” Earl says. “We’re the parents of beautiful young women in their early thirties. They’ve seen us set the tone of achievement, focus, drive, and sacrifice.”

Can I Get Your Number?

Romantic sparks ignite in unique ways, and Brett and Korinne DiPasquale of Reynolds Window and Door in Billings, Mont., are evidence of that. 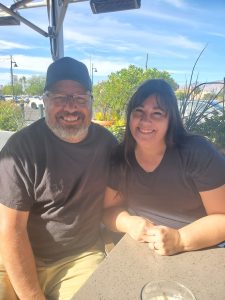 “We met through email,” Korinne says. “We corresponded for a little bit. We had both come out of previous relationships and told each other we wouldn’t get involved. Next thing you know, we were engaged in six months.”

The couple shares a background in construction and has been working together since 2002. Brett is the president of the company, and Korinne is the controller. “It’s having someone in the trenches with you that gets it,” Korinne says. “When you’re frustrated with employees or vendors, we both feel the pain because we’re around it. It’s a bit easier when you’re not bearing it all yourself.”

Brandon and Kristina Erdmann met at 16 in 1997 and classify themselves as high school sweethearts. Today, the husband-wife duo runs HomeSealed Exteriors LLC in New Berlin, Wis. The company exceeded its goal of $8 million in sales in 2021 and is striving for $10 million this year. Sales are rising, but Brandon says his favorite part about working with his wife is, “Being able to spend more time with her and seeing her beautiful smile every day.”

“Working with other people and having business partners, being in a relationship together, you can trust that they have your best interests and the company’s best interests at heart at all times,” Kristina adds. “You don’t have to worry about any drama; we’re both working towards the same goal.” 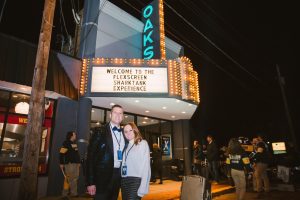 “Life can be busy with kids and work,” Jill says. “We also have three kids—two six-year-olds and an eight-year-old. When life gets busy, it can be easy for people not to include their spouse in things. But we have kids together and work together … We can share every area of our life.”

These couples have found success in love and business, but the balancing act is no easy feat. What is their advice for couples taking on ownership together?

“Be adaptable, keep a sense of humor and be ready for change because it’s coming whether you want it to or not,” says Brett DiPasquale of Reynolds Window and Door in Billings, Mont. “That’s true with a relationship too. Be ready to do things differently because the old way doesn’t always work when you’re in business together.”

Anne Vanderpan of Doorframer Inc. in El Cajon, Calif., says she and her husband Dave work well together. For Dave, running a successful company with a romantic partner comes down to communication. “Don’t sweat the small stuff—look at the big picture,” Dave says. “You’re all in it for the same purpose. Continue to communicate effectively without taking things too personally. You’ll come up with the best ideas and results by working together.”

“You can’t jump into something 100% blind; you need to know your business,” Faith says. “We were fortunate that Joe was excellent as a carpenter and his ability to take something apart and put it back together. I think you would want to have some experience in the field you’re going into.”

John Schmotzer founded Metropolitan Window Company in March 1978. He says his wife Maggie has become one of the most valuable assets in the company.

“You better like each other,” John says of working together. “You better have mutual respect for each other. She’s your spouse—she should be your equal. One doesn’t outweigh the other. That’s what Maggie and I have.”

Door and Window Market [DWM] magazine wishes all our couples a Happy Valentine’s Day. We were shocked at the amount of emails we received of couples we should profile. If you’re not featured here, don’t worry—there’s always next Valentine’s Day.