FlexScreen to Appear on Update Episode of Shark Tank

Officials for FlexScreen announced that the company will appear in Shark Tank Update—a follow up episode to the company’s first appearance on January 5, 2020 (episode 10, season 11). Set to air this Friday, the episode will provide viewers with an inside look at how the appearance of CEO Joe Altieri impacted the company, including its “journey of success post-investment.” 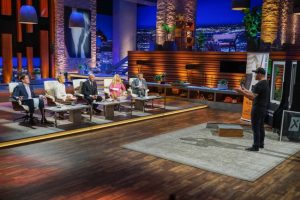 “Appearing on Shark Tank completely changed FlexScreen,” Altieri says. “Gaining Lori Greiner, such a reputable name in the world of business, as an ally has opened doors that otherwise would have been shut. Together we’re creating something that has never been done in our industry before.”

When Greiner spotted FlexScreen, “I thought it was brilliant!” she says. “Joe had invented one of the best ‘better mousetraps’ that was going to change the industry forever.”