The Federal Reserve raised the stakes in the fight to combat rising inflation on Wednesday, hiking interest rates by 0.75% in an effort to douse cold water on historic inflation. Door and window industry executives say the increase is necessary but it is likely to test companies’ resolve.

The rate hike is the largest increase since 1994. This news follows a 0.5% benchmark interest rate increase in May. Experts expected the same increase for June, but a continued surge in costs forced the Federal Reserve to reevaluate.

“We at the Fed understand the hardship that high inflation is causing,” Federal Reserve Chairman Jerome Powell said in a press briefing on Wednesday. “We’re strongly committed to bringing inflation back down and we’re moving expeditiously to do so.”

The tactic by the Federal Reserve is an attempt to combat inflation while keeping the job market afloat. Federal policymakers expect that the Federal Reserve will raise interest rates several more times throughout the year. Though the hikes are necessary to slow spending, the move comes at a cost.

Americans will begin to experience higher borrowing costs, which should help slash inflation by pulling the reins back on the economy and slow demand. The rate hike will increase everything from credit card fees to mortgage rates and business loans.

This means that it becomes more expensive to borrow money. This takes the form of higher interest rate costs for credit, credit cards, car loans, home equity, mortgages and more. For example, a 30-year fixed-rate mortgage averaged more than 5% in early June, which is up from less than 3% a year ago, according to Freddie Mac.

The Factors at Play

The Federal Reserve admits that interest rate hikes will take time to sink their teeth into inflation, but even then, inflation will be at the mercy of a plethora of outside factors, including COVID, supply chain issues and the war in Ukraine.

“The invasion of Ukraine by Russia is causing tremendous human and economic hardship,” the Federal Reserve said in a statement on Wednesday. “The invasion and related events are creating additional upward pressure on inflation and are weighing on global economic activity. In addition, COVID-related lockdowns in China are likely to exacerbate supply chain disruptions.” 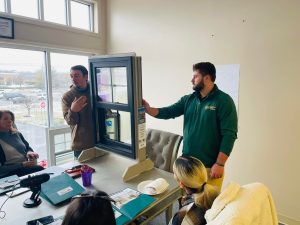 The continued volatility in material costs, supply chain issues, inflation and industry conditions have also impacted the door and window industry. New Beginnings Window and Door Distributor in Wappingers Falls, N.Y., posted estimated sales of $200,000 in 2008, $4.6 million in 2021 and is on track for a projected $6 million in 2022. President/owner Michael Haines says the rate increase is sure to impact his segment.

“I would tend to think it will slow down new homes starts and make people who have equity in the home not do a remodel project,” Haines says. “Rising rates makes it more difficult for people to borrow on equity in the home. With higher rates and high inflation people will tend to wait for a better atmosphere before doing the project.”

Haines prepares for the worst as economic uncertainty abounds. “Anytime a recession looms, it will impact us,” Haines adds. “People tend to tighten up in anticipation of the downturn. Currently we have seen no impact. We are increasing at a rate of over 30% from [last year]. Who knows what the future holds. I would expect a slow down.” 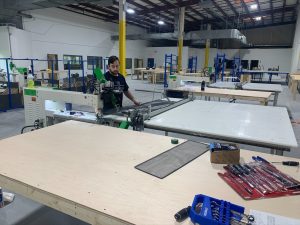 “Rate hikes are, unfortunately, the only solid yet palatable option on the table for our government to tame runaway inflation created by runaway fiscal policy,” Neal says. “A 75 basis point jump with talk of another 75 basis point jump at the next Fed’ meeting is terrifying but necessary. We must go through some pain to bring down out-of-control [Consumer price index] CPI increases not seen since 1981. The problem is that we will not know if these rate hikes were too aggressive until it’s already too late to correct and we end up in a recession.”

“I would expect to see further consolidation in the industry where cash-rich companies can take advantage of overleveraged competitors’ or vendors’ vulnerability by offering a lifeline to get out from under the liabilities they have accrued as sales begin to lag from runaway inflation,” Neal adds. “Couple this company debt obligation with slower sales because higher interest rates faced by consumers on new builds and renovations have increased the cost of ownership, and you have a recipe for some uncomfortable times.”

Tom Murnan, co-president of Omaha Door and Window in Omaha, Neb., sees a silver lining in the economic fog. “Pent-up demand is so high for residential housing that I am hoping this .75% interest rate hike by the fed’ just dampens demand to where everyone can handle it: busy, but not crazy busy as it has been,” he says. “Hopefully, the supply chain can catch up with lower demand.” 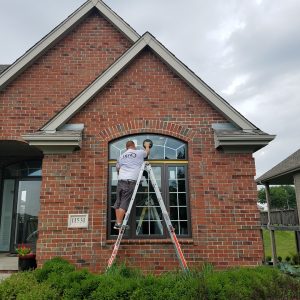 Tom Murnan, co-president of Omaha Door and Window, maintains an optimistic outlook, even with recession rumors.

“Right now, contractors have discovered very long factory lead times, so they have been ordering earlier but not taking delivery, especially with garage doors,” Murnan adds. “This is clogging up the warehouse so we can barely move. [We] would like to get to a more normal routine.”