Natural Resources Canada (NRCan) recently proposed stringent changes to the country’s version of Energy Star that the agency says could disqualify approximately 75 percent of the fenestration products that currently meet the program’s criteria.

The proposed criteria for the new specification is a modified version of the current Energy Star Zone 3 levels and would apply to all of Canada (click to enlarge): 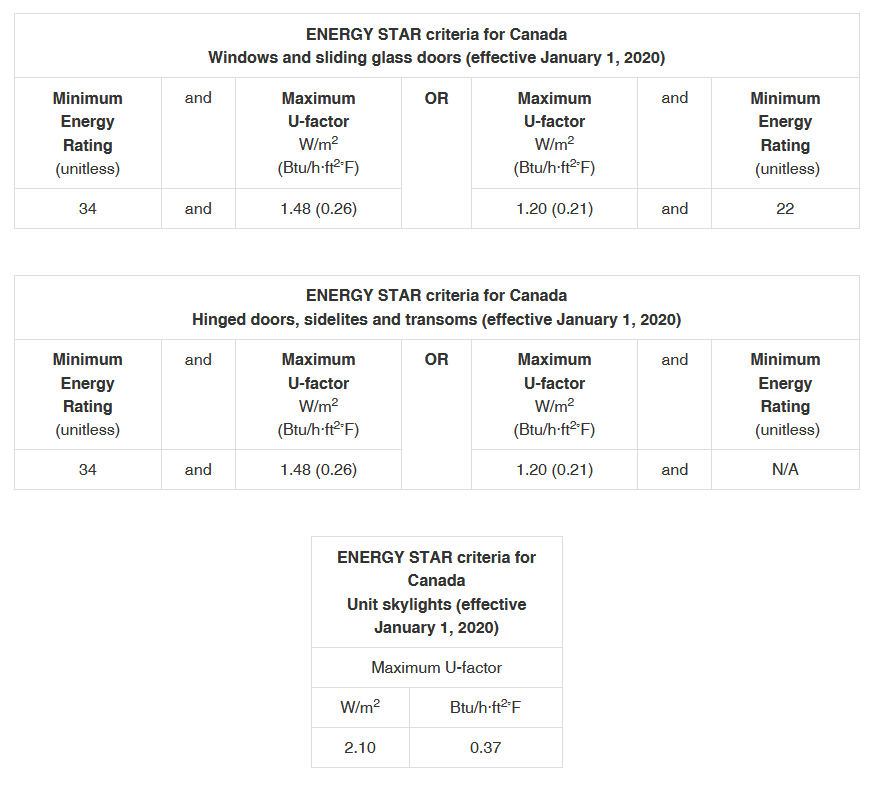 Because of that, Canada will eliminate its three climate zones and put the nation under one unified Energy Star standard for doors and windows.

“Having the same criteria nationwide will simplify the program for the industry, builders, and, most importantly, for the consumer,” NRCan said in a release. “It will also promote greater compliance and clarity as a model is either Energy Star certified or it is not regardless of where it is installed.”

Steve Hopwood, the account manager for Energy Star at NRCan’s Office of Energy Efficiency, said there are two main reasons for the change.

“The first is that too many models sold today make the Energy Star criteria for much of Canada,” he said. “It has stopped being a market leader and has become commonplace: ‘everything is now Energy Star.’  The second is to help Canada meet its Paris agreement by raising the efficiency levels in the built environment both through retrofit and new homes.”

The pan-Canadian climate plan, which is the framework of the country’s efforts to meet Canada’s commitments under the Paris Accord agreement, became the policy of the federal and provincial governments in December 2016. It includes measures to increase energy efficiency in new and existing buildings.

NRCan says it conservatively estimates that the changes could save 60,000 gigajoules more per year than the current 2015 fenestration specification. That’s about 17 million kilowatt hours of electricity.

Prior to rolling out the more stringent Energy Star standards, NRCan conducted a survey in the fall of 2017, ran a technical analysis and sought feedback from industry stakeholders.

The proposed criteria are for low-rise residential buildings, which are defined by the Canadian National Building Code as a building three stories or less and not larger than 600 square meters.