The federal government sent a message to America’s corporations and small businesses last week by enacting a $2 trillion stimulus package. As companies and employees are held up by the effects of the coronavirus, lawmakers assured that help is on the way.

After days of deliberation between political parties, President Trump signed the Coronavirus Aid, Relief, and Economic Security Act (also known as CARES), appropriating $377 billion for companies with 500 employees or less. The resulting program is designed to provide immediate relief through grants, while allowing the Small Business Administration (SBA) to administer loans of up to $10 million per small business—portions of which are labeled as forgivable. 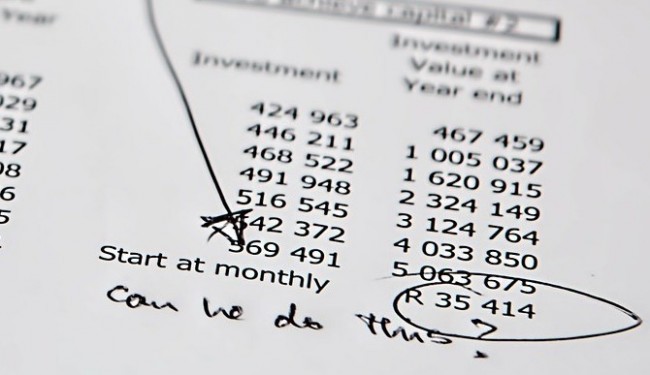 “From the 1,000-foot view, it looks like it could be not only helpful to FeneTech, but to our clients as well,” says Ron Crowl, the company’s president and CEO. “We’re actively talking to our accountants and having them direct this for us, so we understand the fine print and what we need to do to move forward on it … it looks pretty encouraging.”

Some of that fine print is yet to be provided, as government officials establish specific guidelines for emergency lending. In the meantime, not every company falls within the range of 500 employees or less established for small businesses—including some of the industry’s largest dealers. Window Nation won’t qualify, says Harley Magden, CEO and founder of the Fulton, Md.-based company. The same is true for NewSouth Windows, now that it’s part of PGT Innovations, explains Earl Rahn, president. At the discretion of SBA officials, those requirements could be loosened on a case-by-case basis, however, as the program allows for exemptions to the 500-employee cutoff when company sizes are “no greater than the number of employees set by the SBA as the size standard for certain industries,” officials say.

With or without those exemptions for large companies, “I’m hoping that it helps our people,” Rahn says. And while some dealers suggest that it’s unlikely the up to $1,200 one-time payments issued through household assistance will go to doors and windows, “Any extra dollars in general will serve as a stimulus for the economy,” Rahn says.

Regarding when CARES will take effect, SBA officials say they expect to have the program up and running by April 3, after which business owners can turn to participating SBA lenders, banks or credit unions to apply for assistance. In some cases, officials say loans could be approved on a same-day basis.

“Speed is the operative word,” says SBA administrator Jovita Carranza. “Applications for the emergency capital can begin as early as this week, with lenders using their own systems and processes to make these loans. We remain committed to supporting our nation’s more than 30 million small businesses and their employees, so that they can continue to be the fuel for our nation’s economic engine.”

All loans issued under the program will be 100% guaranteed by SBA, administration officials say, with no requirements for collateral, no personal guarantees, and no borrower or lender fees payable to SBA. Loans will carry interest rates of 0.5%, with maturity set for two years, and first payments will be deferred for six months. In some cases, loans will be available on a retroactive basis, through February 15, 2020, allowing employers to rehire recently laid-off employees through June 30, 2020.

In the meantime, “We have a relief package that looks pretty good, but we can’t use it presently or at least not to its full intended potential,” says Morgan Donohue, vice president of Erdman Automation.

While Erdman continues to operate its parts and services division, for the sake of social distancing, the company has dialed back production for at least a two-week period, Donohue says.

When stimulus funds do begin to reach door and window companies, they “won’t be a cure-all,” warns Michael Allbritton, president and CEO of Windows USA. Companies are still left to contend with issues like worker safety and in some cases mandatory shutdowns.

“As of now, we are still running at near full capacity and we have every intention to continue to do so, but it is fair to say that the effort to make this happen is much more intensive,” Allbritton says. Proceeding with operations requires “some industrious ingenuity,” he says, as his company strives to balance the safety of its employees and customers with demands.

By teleworking and focusing on only essential functions, Drexel Building Supply is operating at 96% of on-time-in-full (OTF) capacity, says Joel Fleischman, the company’s president and owner. But in a surprising twist, while focusing on design, bids, orders, production and delivery, “We did that with us working 20% [fewer hours],” Fleischman says. “We also had all-time record March sales. We each worked 30 or 32 hours as a team … We played games, cleaned shelves, napped, read books,” he explains.

If there are any downsides in CARES, Ben Moeller, president of Moeller Door and Window in Saint Henry, Ohio, fears it could be in how the act extends unemployment benefits, possibly harming an already struggling labor market.

“I am torn on the matter,” Moeller says. “While there are definitely parts that will benefit us, I feel that the unemployment portion of it has too much of an upside for being off of work.” In a time when door and window companies find it difficult to pin down workers, “It’s going to be difficult to convince someone to go back to work right away when they may be able to take advantage of an elongated leave with better pay to be off work,” he says.