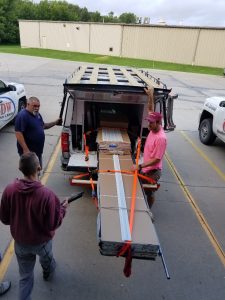 AT&T shut down its 3G network on Tuesday, signifying the beginning of the end for technology that launched when the BlackBerry was in vogue in 2002. With Verizon and T-Mobile planning similar phase-outs, what’s ahead for the door and window industry? Omaha Door & Window in Omaha, Neb., doesn’t currently have operational systems that run on 3G, but co-president Tom Murnan acknowledges that technology turns with time.

“We’re Sorry; You Have Reached a Number That Has Been Disconnected or is no Longer in Service.”

“Computers are always changing,” Murnan says. “As technology improves, the older units become obsolete. We have a Windows 7 laptop that is virtually obsolete now. Unfortunately, it is a fact of modern life that these devices and their software are pretty [brief]. We are lucky to get 10 to 12 years out of them before they are declared obsolete.”

The shutdown will impact those using 3G Kindles, 3G flip phones, the iPhone 5 and older models, according to CNN Business. In-car crash notification and roadside assistance systems like OnStar will need updates and replacements, too. The plug-pull could also affect home and office security systems, per CyberGuy.com. 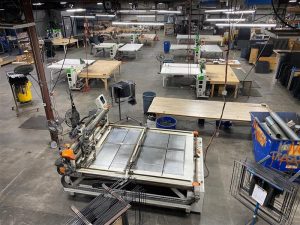 A look at FlexScreen’s manufacturing facility.

“I see little impact on the original equipment manufacturer (OEM) side of the business,” says Craig Neal, chief operating officer of FlexScreen LLC in Pittsburgh, Pa. “I cannot see this leading to any disruption whatsoever. Most manufacturing companies are hard-wired for Ethernet throughout their factory in addition to storing their data in the cloud. I could see this change have some impact on window and door installers that are possibly relying on the Wi-Fi in their vehicles if they do not have an up-to-date fleet. That being said, everyone now has a Wi-Fi hotspot in their pocket.”

New Beginnings Window and Door Distributor is headquartered in Wappingers Falls, N.Y. The 3G shutdown never crossed the mind of president Michael Haines, who says the company’s systems run on 4G and 5G networks. “It won’t cut us out of anything, from calls to texts to anything else.”

A small percentage of wireless customers use 3G networks. 99% of Verizon’s customers have already upgraded to 4G LTE or 5G, and less than 1% of AT&T’s mobile data traffic runs on 3G networks, according to CNN Business. AT&T hosts a webpage informing customers of the phase-out, detailing upgrade plans and devices no longer supported. 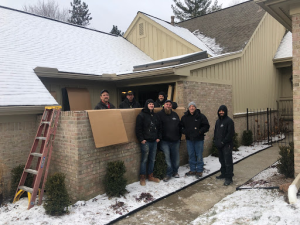 3G’s time has come and gone, but what about upcoming tech with industry implications?

“Windows with built-in solar cells, or low cost, powered on/off tint or obscured glass,” says Jeff Weaver, president of Clarkston Window and Door in Pontiac, Mich. “If these options were cost-effective, the industry would see customers change windows for these features.”