Demand for ‘Skinny Triple’ Lags as Builders Procrastinate in California 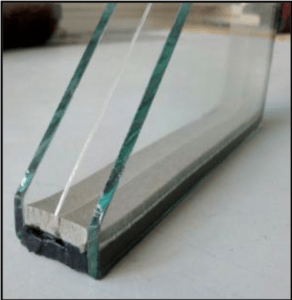 A new breed of highly efficient triple-pane windows is drawing the attention of residential builders, who are interested in installing the products in the homes they construct as they pursue means for reducing energy consumption. According to industry representatives who attended a California Energy Commission (CEC) meeting Tuesday, that was just one of the takeaways pertaining to how builders can comply with the state’s energy code. But demand from builders for so-called “skinny” triple-pane insulating glass (also referred to as “thin triple”) is slow owing to their cost, officials said.

Skinny triple-pane insulating glass (IG) is attractive to builders, because it’s essentially the same thickness and weight as double-pane glass, yet reduces the amount of energy it takes to keep a home’s indoor air temperature at comfortable levels. Windows equipped with the product also offer a key advantage over those with standard, triple-pane IG, because they can be installed into the same openings as double-pane windows, which means they don’t require additional labor to install, said Mazi Shirakh, decarbonization lead for the California Energy Commission. Windows with skinny triple-pane glass are suitable for single- and multi-family buildings, he added.

Windows that are better at insulating buildings are one of many tools builders can use to lower the Energy Design Rating of homes they build, which can help them to keep pace with California’s evolving building code and qualify for incentives from the state. Though other high-performance materials that help reduce heat loss can also enable builders to achieve these goals, windows are of particular interest, because they play an outsized role in determining how well a building keeps heat from escaping, officials suggested.

Although windows represent around 7 percent of a typical building envelope, they’re responsible for about half of the total amount of heat loss, according to Robert Hart, of the Windows and Envelope Group at Lawrence Berkeley National Laboratory (LBNL) in Berkeley, Calif. While skinny triple-pane windows can help homes use less energy without the requirement for redesigning, they currently account for just a tiny fraction of the residential window market, said Hart.

“Window manufacturers have been able to build these products for quite a while, but they aren’t selling them,” he said, noting that skinny triple-pane windows accounted for less than 3% of the market in 2018, compared with the 90% share held by standard, double-pane windows. “LBNL is hearing that there is no demand because they are just too expensive.”

Another key factor affecting demand includes a lag between when California steps up energy efficiency requirements in its building code and when builders begin having to comply with the upgraded regulations, said Mike Hodgson, president of Consol, a Sacramento-based company that helps builders, utilities and government agencies develop energy-efficient buildings. For example, while the state’s building code will change again on Jan. 1, 2020, permits for new homes submitted by December 30, 2019, will fall under the 2016 code, he said.

This means that rather than opt for higher-efficiency windows, builders can be expected to use less costly double-pane windows even after the new code goes into effect, said Hart. “Builders said they’re not required [to use triple-pane windows], so why bother if it costs more money.”

Sam Silverstein is a contributing writer for DWM magazine.