Deceuninck to Acquire Pima?, Expanding Into Russia and Turkey

Deceuninck is broadening its influence in Turkey and Russia with the acquisition of the PVC window profile producer, Pima?.

Pima?, which operates under the brand name “Pimapen,” is “the most recognized quality window brand in Turkey,” according to the press release and is distributed through a network of 1,200 points of sale throughout Turkey, with a major focus on the Istanbul & Ankara area. 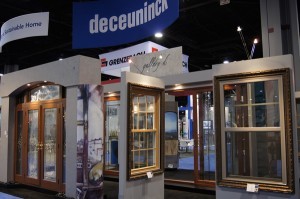 Deceuninck is expanding into Russia and Turkey with its aquisition of Pima?.

Pima? has production sites near Istanbul, Turkey and in Rostov-on-Don in Russia. Pima? does $84 million USD in sales and employs 484 people.  The acquisition is subject to clearance by competition authorities in Turkey and Russia.

The acquisition adds to Deceuninck’s will now have two other factories in Turkey: one near Izmir for Egepen-Deceuninck (which will soon be replaced by a new factory with significant capacity increase, according to the company), and one other near Istanbul (Winsa). It also gives Deceuninck 1,200 more shops, totaling 3,000 in Turkey, which has a PVC windows market three times that of Germany or France, according to the company.

“Since Deceuninck’s entry into Turkey, our sales and profits have grown steadily in this exciting and dynamic market. The acquisition of Pima?, with its pioneer brand ‘Pimapen’, the most recognized name for windows in Turkey, presents a great opportunity,” he says. “Not only by moving to the number one position in Europe’s second largest PVC window market but also as a beautiful addition to our business in Russia, Europe’s largest PVC window market.”

Deceuninck raised $70 million of new shares to finance this strategy for growth. According to the company, part of the proceeds will be used to finance the purchase price of the Pima? acquisition.  A second part will be invested in 2 axis: The first axis centers around our businesses in continental Europe, which largely operate in a stagnating or declining environment. The second axis centres around increasing capacity and product offering in the growth markets USA, the UK, Turkey and in emerging markets.