Last week at this time, I was in the thick of GlassBuild America in Atlanta — and so were many of you. To commemorate that special time, and to prove to my boss that I did more than just eat free food and drink free booze, here’s a diary of my days at the big event. Try not to hyperventilate from excitement as you read it. 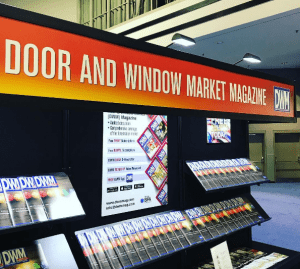 Sunday, September 10: Scramble to re-book a flight to Atlanta after the one I was supposed to be on Monday was cancelled due to weather. Wife wonders if I’m about to break the keyboard on my laptop as I furiously search for flights. Finally rebook one for 6:30 a.m. on Tuesday. (Fun!)

Monday, September 11: Busy day at the office wrapping up preparations for GlassBuild. Part of this time is spent seeing how many copies of DWM I can stuff into my luggage without violating civil aviation laws.

Tuesday, September 12: Arrive at the airport at 4:30 a.m. (Yippee!) The upside of getting there so early? No security lines. The downside? All the places serving food are still closed. 🙁

8:05 a.m.: We land in Atlanta. I share a cab with three other colleagues to our hotel and try not to doze off when presented with a fresh bed after checking in. Snap out of comfy-bed reverie, pull on a tie and head to the nearby Georgia World Congress Center.

10:25 a.m.: Actually arrive at GlassBuild minutes after the show floor opens. (Miracles never cease.) Stop by our booth to check in.

10:30 a.m. – 5 p.m.: Walk a sparsely attended exhibition hall. This is kind of good for me, because unlike busy shows, I can actually talk to people without interrupting them doing business in their booths. Not so good for exhibitors, though, and not just because they have to be in front of my mug for longer.

There were a few of these on the #GlassBuild show floor.

5:30 p.m.: Stop by the Vision Hardware GlassBuild event at a fancy Mexican restaurant. Had a nice chat with Glen Paesano, Vision’s sales and marketing manager. Then, I had another nice chat with a gentleman who explained in great detail why Georgia leads the world in carpet production (long story short, it’s because they have the technical know-how). Georgians seem very proud of their carpet-making prowess!

9 p.m. – ?: Dinner and, um, other stuff with colleagues. Jokes and memories were shared. Karaoke was sung. That’s all we’ll say about that.

Late night at #GlassBuild with @whatuneed_xo

9 a.m.: Arrive at the show floor. Attendance is definitely much better today. Exhibitors are smiling, probably because it’s harder for me to fight my way into their booth and bother them.

11 a.m.: I sit down to chat with Deceuninck North America president Filip Geeraert. He’s Belgian, and when people note his accent, he tells them that he used to live in New York City and now lives in Ohio, and that’s why he sounds the way he does. Goede grap, Filip!

2 p.m.: Attend an interesting presentation about a big initiative from FeneTech called FenML. Here, “interesting” means “big words I have to google,” like “blockchain.” (In all seriousness, it’s an important undertaking for automation in our industry, and you can read more about it here.)

FeneTech’s Ron Crowl gives a presentation on the company’s FenML initiative at #GlassBuild.

5:30 p.m. -?: More socializing, first at Deceuninck’s terrific rooftop party, then at the College Football Hall of Fame (I got to kick a field goal!), and then at dinner with colleagues. A buzz builds in the restaurant when we learn that a famous rapper, Fortune, is dining there as well. (Yeah, I had to look him up, too.) Among his many claims to fame is a Gap commercial he made with Cher, so he’s got to be big-time stuff!

Thursday, September 14: The last day. Arise early again to write. Pack my bag and drag it to the venue. Outside, I encounter a dozen Atlanta police officers mounted on horseback. I immediately think “Are they really expecting that big a crowd on the last day of the show?” Turns out it was for something else!

2 p.m.: GlassBuild comes to an end. Last booth visit is with Gareth Parton of Kommerling USA. He’s a U.K. native who always shares hilarious fish-out-of-water stories of an Englishman who’s adjusting to life in Huntsville, Ala. His latest American adventure involves firearms and his girlfriend’s father. Is this a great country or what?

Well, that was my week at GlassBuild. OK, that’s not quite all of it. Here are the stories I wrote:

Where was I? Yes. So what was your GlassBuild like? Leave a comment and let us know.