Construction Robotics on the Rise 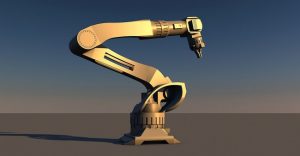 According to a report by Transparency Market Research (TMR), the global market for construction-related robotics is projected to reach a value of $470.61 million by the end of 2026, at a compound annual growth rate (CAGR) of 10.4%.

With many industries already adopting automated technologies, both midsize and major companies are showing an interest in the construction and automation robotics (CAR) market, in anticipation of the expected growth and underlying latent demand, claims the TMR study.

According to another report by Tractica, a market research firm that’s based in Boulder, Colo., machines could change the way the construction industry creates homes altogether, including buildings and other infrastructure. According to both the Tractica and TMR reports, some of the positive changes robots help to facilitate include:

Tractica also predicts that 7,000 construction robots will be deployed by 2025 to address a variety of construction and demolition tasks. Both automated and semi-automated robots are on the market now to perform demolition, bricklaying, drilling, 3D printing, rebar tying and many other tasks.

Currently, the public infrastructure forecast is the most prominent at a CAGR of 10.9% leading the three other categories: commercial, residential and other.

Even though these reports predict optimism for the future of the CAR market, the construction industry has only recently begun to accept this type of technology, previously displaying reservations against automation.

One of the largest concerns about the emergence of robots in the construction industry includes the idea that they will cause people to lose their jobs, the TMR report claims. The report added that because the cost of manufacturing, assembling and using robots onsite is still higher than the cost of employing laborers, robots do not pose an imminent threat to workers. At the same time, recent labor shortages provide a margin for companies to invest in robotics without affecting the number of workers needed, the report claims.

Another obstacle for CAR is the unstructured and unpredictable nature of construction environments, the TMR report adds. It suggests that robotics engineers face challenges creating machines that adapt to a broad variety of landscapes.

Developments have only recently begun to solve some of these concerns, but with peaked interest and growing demands as shown in these studies, the industry shows promise for eliminating those and other obstacles.