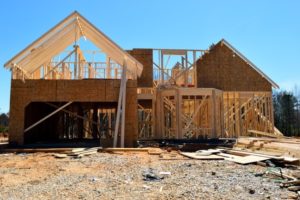 The construction industry, which includes builders, accounted for more than half of the total occupational fatalities due to falling to a lower level in 2017, with 367 fatalities. This is according to a new report titled, “Trends of Fall Injuries and Prevention in the Construction Industry” from CPWR, the research and training arm of North America’s Building Trades Unions.

Fall fatalities have increased 45% from 2011 to 2017, with an increase each year. However, overall construction employment has also increased during that period. Overall fatalities decreased 2% from 2016 to 2017.

Falls to a lower level are the leading cause of construction fatalities, making up 94% of all fatal falls in 2017. All types of falls, slips and trips grew from 2011 to 2017.

Small employers with fewer than 20 employees accounted for nearly 75% of total fatal falls during the 2015 to 2017 period, despite comprising only 39% of construction payroll employment. This is consistent with the CPWR’s recent findings that small companies account for a larger share of overall construction fatalities.

Establishments employing between 50 and 99 employees make up 14% of construction payroll employment but only 6% of fatal falls.

According to the report, the number of nonfatal fall injuries resulting in days away from work in construction dropped to its lowest level during the recession (18,100 injuries in 2010), then steadily increased to 24,200 injuries in 2017. The injury rate showed an overall downward trend, decreasing from 39.5 per 10,000 FTEs in 2011 to 37.8 per 10,000 FTEs in 2017. Despite this rate reduction, the construction industry was still third out of all industry sectors for nonfatal fall injuries in 2017.

The National Campaign to Prevent Falls in Construction

The number of fall fatalities has increased as construction employment recovered after the economic recession. Despite this increase, the rate of fatal falls has been stable and decreased slightly in 2017. According to the CPWR report, the National Campaign to Prevent Falls in Construction has impacted the rate as more organizations and companies become involved in the campaign.

CPWR, in collaboration with the Center on Network Science at the University of Colorado and Visible Network Labs, conducted a social network analysis of the campaign’s impacts. Of the total respondents, 75% noticed an increase in fall prevention activities at their organization or in the industry.