In a letter addressed to Congress, a coalition of manufacturers, advocacy groups and trade associations petitioned national leaders recently, urging them to update and reinstate energy efficiency-based tax incentives. The group, which includes window, air conditioner and insulation manufacturers, presented Congress with a proposed list of incentives it said would both modernize and improve those that expired two years ago. If extended, the group suggests those measures would save energy, create jobs and reduce the country’s carbon emissions. 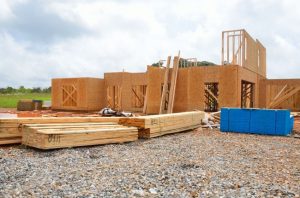 In a news release from the Alliance to Save Energy (ASE), the group leading the charge, the nonprofit said “The tax incentives are aimed at reducing energy intensity in U.S. homes and buildings, which account for 40 percent of U.S. energy consumption, much of it wasted as a result of inefficient equipment and leaky building envelopes.”

ASE’s efforts are joined by those of other environmental and efficiency groups, including the Natural Resources Defense Council (NRDC), Citizens for Responsible Energy Solutions (CRES) and the American Council for an Energy-Efficient Economy. Andersen Window and Doors, along with ASHRAE, Convestro LLC, Dallas-Fort Worth International Airport and the U.S. Green Building Council, are also part of the coalition.

“As a longtime member of the Alliance to Save Energy, we are committed to advancing policies to reduce energy use and improve energy efficiency,” said Mark Mikkelson, director of corporate regulatory affairs for Andersen Corp.

Andersen officials suggest that any tax credit should have a start date in the future, in order for manufacturers to be able to market to consumers and drive true interest in home energy improvements, Mikkelson said. Other recommendations include resetting lifetime caps, so that consumers who have maxed out previous tax credit limitations could make additional improvements.

The company also backs suggested increases to the tax credit amount from 10% to 15%, while introducing even higher rates for Energy Star Most Efficient windows.

Regarding its request for modern and extended tax incentives, the group is urging Congress to “address it as quickly as possible,” calling the effort a “bipartisan opportunity that would accomplish a number of shared goals.”

All three of the incentives expired December 31, 2017.

“The fact that we have no direct incentives for energy efficiency in the U.S. tax code is just a gross omission,” Hartke said. “We’re talking about a huge opportunity to improve equipment, homes and buildings that will be in use for decades, and by failing to incentivize efficiency, we are effectively guaranteeing millions of tons of unnecessary carbon emissions every year.”

According to the ASE, the proposed language presented to Congress represents months of stakeholder negotiations and amends language which is both “outdated and no longer reflect[s] the current market for high-efficiency equipment and building technologies.”

For existing homes (incentive 25C), the coalition suggests raising the maximum credit from 10% to 15%, with a maximum lifetime credit of $1,200. While the current language provides a $200 cap for windows and skylights and $500 for doors that are Energy Star 6.0 compliant, under the proposed language Energy Star Most Efficient windows would receive a $600 credit.