The U.S. Court of International Trade (CIT) has partially dismissed a complaint from several United-States-based companies about a ruling that releases five Canadian lumber companies from paying duties. 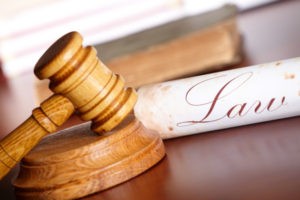 The Committee Overseeing Action for Lumber International Trade Investigations or Negotiations (the Committee) first filed on July 15 for an appeal to the final results of a countervailing duty (CVD) expedited review of certain softwood lumber products from Canada.

The CVD tariffs were put in place on Canadian lumber in 2017 after it had been dumped into the U.S. market at unfairly low prices.

At the request of eight Canadian softwood lumber companies and amid protests from the Committee, the CIT proceeded with the review on July 5. The final result found that five lumber companies had “a de minimis CVD rate and were therefore excluded from the CVD order.”

The Committee was quick to follow with the appeal claiming that the final results of the review were contradictory of the CIT’s own regulations, unsupported by substantial evidence, miscalculated and contrary to law. The Committee also said that authorizing the review was not even within CIT’s jurisdiction to begin with, therefore being in violation of the Administrative Procedure Act (APA).

The appeal requested that the court completely reverse the results of the CVD expedited review and award the Committee “whatever relief the court deems just and appropriate.”

However, presiding Judge Mark A. Barnett deemed it just and appropriate to shut out the appeal instead, claiming the Committee had “not shown that it will incur irreparable harm in connection with liquidation of entries without regard to countervailing duties.”

Less than a month later, defendant-intervenors filed their request for dismissal and were granted it by the court.