On Monday, Congress released a $1.017 trillion spending bill that funds the federal government through September. The bill, which must be approved by Friday to avoid a government shutdown, doesn’t feature the deep cuts that President Trump had pushed for in the budget proposal he released in March. That plan called for drastic reductions to the Environmental Protection Agency (EPA) and other programs that affect the fenestration industry. 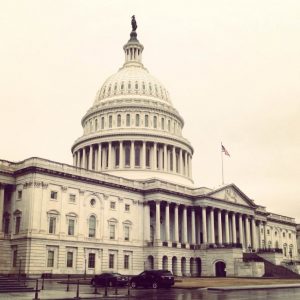 President Trump said on Monday that he’d sign the budget legislation if it passes.

It’s possible that many of the deep cuts Trump sought for 2018 could still be enacted later this year, but after Democratic and Republican lawmakers ironed out a bill rejecting much of his spending agenda, that might prove difficult.

“Overall, the compromise resembles more of an Obama administration-era spending bill than a Trump one,” according to an analysis by Bloomberg.

Congress is expected to begin debate on next year’s budget in the coming weeks, and the 2018 fiscal year doesn’t begin until October, when another government shutdown could be on the horizon.

Here’s a look at how the current spending bill affects agencies that influence the fenestration industry:

Trump wanted to reduce the EPA’s funding by 31 percent. Instead, Congress is presenting a budget that only trims the agency’s budget by about 1 percent, to $8.06 billion, with no reductions in staffing.

The appropriations bill doesn’t say anything about Energy Star, which the Trump administration wants to eliminate, but the program appears to be safe for now.

“We are still working through future plans for the Energy Star program,” said EPA spokesperson Liz Bowerman in an e-mail to DWM. “EPA will continue to find ways to partner with stakeholders in the private sector to innovate, improve our environment and strengthen our economy.”

The budget also includes a provision urging the EPA to “identify options to remedy implementation challenges” of an accurate lead paint test kit, which has been a point of contention for the EPA’s unpopular Lead: Renovation, Repair and Painting rule (RRP) rule. That regulation requires all residential buildings built before 1978 to be tested for lead paint, and for all renovations, including door and window installations, to undergo costly safety procedures to protect residents.

The budget Congress released on Monday provides $30.8 billion for the Department of Energy. Trump had requested a budget of $28 billion.

The Advance Research Projects Agency-Energy (ARPA-E), which funds research into energy-efficient windows, will receive more than $300 million. Trump’s plan would have eliminated it.

The Office of Energy Efficiency and Renewable Energy (EERE), currently funded at $2.1 billion a year, was expected to see its budget slashed by $700 million to $1.4 billion. Instead, the agreement provides $2.1 billion, the same as in 2016.

EERE manages many programs related to doors and windows, including Zero Energy Ready Homes, which require high-performance windows as part of the building envelope. It’s also funded a wide range of fenestration-related research, from a prototype of a portable window energy meter that measures the thermal and optical properties of windows in their actual settings, to a study showing that it takes two decades or more for triple-pane windows to pay off financially based on utility-bill savings. It also awarded GED Integrated Solutions Inc. a research and development grant in 2009 for production engineering and commercialization of affordable residential R-5 highly insulating windows.

Additionally, EERE’s Weatherization Assistance Program and the State Energy Program, which provide money to lower-income households for upgrades such as new windows, would see their funding essentially unchanged. Trump’s plan would have eliminated both programs.

Finally, the legislation includes a net total of $38.8 billion for the Department of Housing and Urban Development, lower than the $40.7 billion Trump sought in his plan.