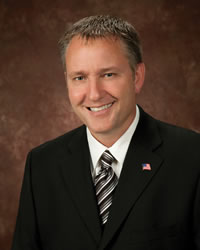 Brent Fox has been named chief executive officer of Hendricks Holding Co. Inc. (HHC) and has been elected to the board of directors of building products distributor ABC Supply Co. Inc.

ABC Supply and HHC are affiliated through common ownership by Diane Hendricks. HHC is an investment and business development group comprised of a portfolio of 22 domestic and international companies in a wide array of business sectors, including construction and manufacturing.

A 30-year veteran of ABC Supply, Fox had served as the company’s vice president of national business development since 2011. He succeeds Hendricks as CEO of HHC. Hendricks will continue to serve as HHC’s chairman of the board.

“Brent will be an outstanding addition to ABC’s board of directors and I look forward to his participation,” says David Luck, CEO of ABC Supply. “We’re delighted that we will continue to benefit from his experience, insight and perspective.”