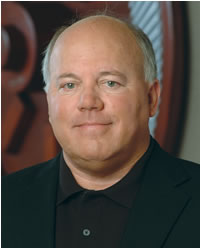 Luck, who joined ABC Supply in 1998 as its first outside president and has been chief executive officer since 2008, will be retiring from an active management role but will continue to serve as a member of ABC Supply’s board of directors. He will work with the management team through the end of the year to ensure a smooth and seamless transition.

During his 15-year tenure at ABC Supply, Luck presided over unprecedented growth of the company, championed ABC Supply’s largest and most successful acquisition – that of Bradco Supply Corp. – and led the subsequent buyout of its minority partner earlier in 2013.

“David has played an integral role in the growth and success that ABC Supply has enjoyed,” said co-founder and chair Diane Hendricks. “I am grateful for David’s passion, vision and leadership over these past 15 years, and especially for his dedication to preserving and advancing the mission and core values on which Ken (Hendricks) and I founded this company.”