During the recent International Code Council (ICC) Committee Action Hearings, held April 28 through May 8 in Albuquerque, N.M., officials from the American Architectural Manufacturers Association (AAMA) say they worked with other industry groups and interested individuals to advance actions on behalf of association members and the door and window industries. In follow up, the association has identified and released a list of fenestration-related codes advancing to a public hearing phase. 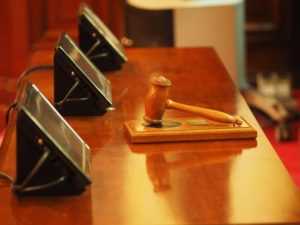 “AAMA was able to earn committee approval on a number of proposals which had failed to earn approval in previous code cycles,” said Kathy Krafka Harkema, AAMA Codes and Regulatory Affairs manager. “Earning committee approval on code proposals is an important step in the ICC code development process. The next hurdle AAMA will work to clear is public comment hearing approval.”

Officials for AAMA say they will represent the interests of its members and the industry at a public comment hearings held Oct. 23-30, 2019, in Las Vegas, as the process draws to a close later this year.
“AAMA also worked hard to oppose changes that might harm those in our membership and the industry,” said Jen Hatfield, AAMA Codes consultant. “By strategizing and working with others throughout the code hearings, AAMA was able to find ways to protect our members’ interests. All aspects are important strategic pieces in the code development process in order to be successful.”
Among the fenestration-related proposals tagged by AAMA are:
Skylight and Tubular Daylighting Device (TDD) Related Proposals